Yesterday four schools were crowned number one seeds in the
NCAA basketball tournament.  In the spirit of, well, school spirit,
here are some links to team themed recipes and a little mascot trivia for your Gameday Style tournament food.

Kentucky Wildcats
The nickname "Wildcats" became synonymous with UK shortly after a 6–2 football road victory over Illinois on October 9, 1909. Commandant Philip W. Corbusier, then head of the military department at old State University, told a group of students in a chapel service following the game that the Kentucky football team had "fought like Wildcats." Later the name Wildcats became more and more popular among UK followers as well as with members of the media. As a result, the nickname was adopted by the University. (source: Wikipedia) 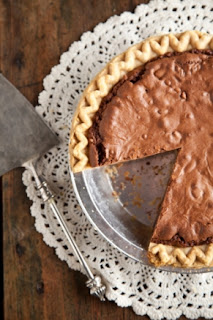 Michigan State Spartans
In 1925, the institution changed its name to Michigan State College of Agriculture and Applied Science, and as an agricultural school, its teams were referred to as the Aggies. Looking to move beyond its agricultural roots, Michigan State held a contest to find a new nickname. They decided to call the teams the "Michigan Staters". Local sports writers for the Lansing State Journal and the Capital News went through the losing entries to find a shorter and more heroic name. They decided on the "Spartans". By coincidence, Justin Morrill had once compared the Land Grant colleges to the schools of ancient Sparta. With a heroic name and a historic precedent, the "Spartans" quickly caught on as the teams' new nickname. They later changed the lyrics of the Fight Song to reflect the name change of the College and its sports teams.

Green Goddess Spinach Dip
I looked for a good Spartan recipe, aka ancient Greek food.  Most looked unappetizing so I opted for this spinach dip that is Michigan State green.  And the Goddess reference seems to be appropriate as well.  It's at Epicurious.
http://www.epicurious.com/recipes/food/views/Green-Goddess-Spinach-Dip-356111 (source: Wikipedia)

Syracuse Orangmen
In 1931, a Native American warrior known as Nathan March aka: "Saltine Warrior"photo became the athletic mascot. The name derived from an article describing an archaeological dig on campus allegedly uncovering the artifacts of a Native American warrior.[11] The warrior was called the "Saltine Warrior" because of the abundant salt deposits in the Syracuse, New York area. The article was later revealed to be a hoax, but the mascot remained for next four decades.
In the mid-1950s, the father of a Lambda Chi Alpha fraternity brother owned a cheerleading camp. He made a Saltine Warrior costume for his son to wear at Syracuse football games.[12]Thus began a nearly forty-year tradition of Lambda Chi brothers serving as the University's mascot.
In 1978, the Saltine Warrior was banned by the University as part of the national movement to eliminate Native American motifs, becoming one of the first colleges to do so. The mascot briefly morphed into a Roman warrior, but was eventually replaced unofficially in 1982 by a giant, cartoon-style Orange. (source: Wikipedia)

from The Girl Who Ate Everything Blog
http://www.the-girl-who-ate-everything.com/2011/07/orange-creamsicle-fruit-dip.html
It would be fun to serve a fruit or other cold dip in a hollowed out orange for a Syracuse party. 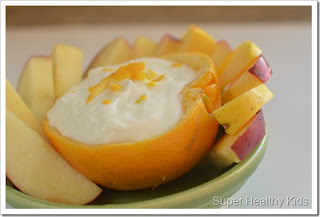 North Carolina Tar Heels
Tar Heel (or Tarheel) is a nickname applied to the state and inhabitants of North Carolina as well as the nickname of the University of North Carolinaathletic teams, students, alumni, and fans.
The exact etymology of the nickname is unknown, but most experts believe its roots come from the fact that tar, pitch and turpentine created from the vast pine forests were one of North Carolina's most important exports early in the state's history.[1]
Because the exact history of the term is unknown, a number of legends have developed to explain it. Many[who?] believe it to be a nickname given during the U.S. Civil War, because of the state's importance on the Confederate side, and the fact that the troops "stuck to their ranks like they had tar on their heels".[2]
The term "Tar Heel" gained popularity during the Civil War. (source: Wikipedia)